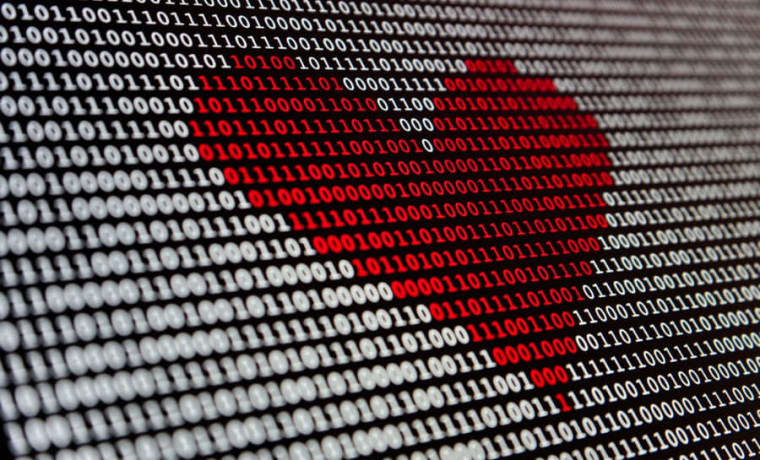 A Conversation about Language and Inclusion

With the events and protests that have taken place in recent months, TripActions has been working towards furthering a culture of diversity, equality and inclusion. In addition to Shaka Senghor joining to lead the initiative, our compliance team announced that it assessed our use of technical terminology and is formally revising our language to be more inclusive.

Shaka sat down with TripActions Head of Governance, Risk Management and Compliance David Williamson to discuss the connection between language and diversity, equality and inclusion.

Shaka: Good afternoon, David. I'm really excited to have this conversation with you this afternoon. You're the head of governance, risk management, and compliance. Can you tell me a little bit about what that means at TripActions?

David: I’m responsible to ensure that we're complying principally with technical standards, such as the rules around protecting personal information and credit card data, as well as having a good understanding of technical risks that may affect our organization, and governing those risks.

Shaka: Thank you so much for sharing that. What I found really interesting in thinking about your position is that it’s very apparent in the current climate, you were moved to action. How was it that you landed on this specific topic around the use of language as it relates to inclusivity, discrimination, and equality?

David: On Juneteenth the TripActions community came together and talked about some of the changes going on everywhere and what it meant to us. We discussed what we can do to help drive change in a positive way. At the time several people mentioned the language that is still used in business, and especially technology, and we saw opportunities to improve. For example, many years ago, I was trained as a database administrator. Even back then, we used phrases that we had inherited from the distant past, including “master” and “slave” to refer to databases. I don't know how far back it goes, but as you think about those phrases now, they tend to perpetuate a way of seeing the world that we don’t support now or moving forward. We see some opportunities for positive change.

Shaka: I found it fascinating when the conversation came up. What were some of the initial reactions from other colleagues within the space? Was this seen as enlightening new information, or was it just something that people had been doing for so long that they hadn't given any thought to it?

David: We all get used to the language we're familiar with. Whatever we call something, we get used to it and quit thinking about what the word or phrase really means. For example, a “master” database refers to a database that is the primary source of truth. Then any database which refers to the master database has been called a “slave” database. That's the way I was trained 25 years ago as a DBA. This language has always been used to describe databases - but that doesn’t make it right. We are taking the time to call it out and reflect upon it. Because it’s common in our technical lexicon, many people just didn't reflect upon it.

Shaka: It’s amazing to see the dramatic shift in the use of language. So “master” became “primary,” and “slave” became “secondary.” What was the process like?

David: You can programmatically look across all our documentation to find references to “slave” or “master”, or “blacklist” and “whitelist.” We agreed upon some synonyms, and we're going to start making changes in the documentation and how we communicate. I think we will quickly adapt to using more inclusive language.

Shaka: I’ve considered other aspects of society, where there are connotations attached to words that we often don't talk about--for example, Black Monday. It was labeled Black Monday because it was the worst day on the market. Then there’s also “dark web” and “black money.” There are attachments to massacres or military engagements that bring a negative connotation. It even influences things as simple as black cats--they are bad luck, and in movies where bad guys wear black.

David: It really is startling when you take a moment to reflect upon how many times the word “black” has been applied to something seen as negative; whereas anything that is associated as white is immediately viewed as positive. There are “black-hat” and “white-hat” hackers. The black hats of course are the “bad guys,” the criminals, the malefactor. The white hat are the “good guys” who help strengthen security. It's startling when you take a moment to reflect on how common language perpetuates this negative association with black.

Shaka: That is powerful to bring up, especially in a company culture during the times that we're living in. As a Black man within the company, I deeply appreciate it. It makes me wonder what other companies are doing or could be doing. How do we take this messaging and share it amongst other people in the industry?

David: We already see forward-thinking tech companies having these discussions. Apple, for example, has changed the language in its software developer kits, embracing a much broader sense of inclusive language, not only with regards to race, but also gender and ability. In Twitter and Zillow we see broad-based support taking root. People are finding opportunities to change and to drive those changes.

David: I heard a real good quote recently: “I am no longer going to accept the things I cannot change. I'm going to change the things I cannot accept.” These may be small things, but from small beginnings come very powerful outcomes. It takes people a little while to adapt to something new. We want to support making positive change, not criticize anybody. We want to start making specific, identifiable changes and see what comes from that, and then look for other opportunities to improve.

Shaka: I agree. These may seem like small changes, but in terms of impact, they're really big, especially in a company that's forward thinking when it comes to diversity, equality and inclusion. What prompted you to look into the industry standard of non-inclusive language?

David: There was a lot of discussion immediately following our reflections on Juneteenth about the language we use, our practices, our standards, and communication. We could immediately identify terms we’d used without thinking about them that needed to change. These are not difficult things to change. It just takes a little bit of effort.

Here’s another example: there's something in technology called a “man in the middle attack.” I won't bother to explain what that means, but it's a security vulnerability. Why is it a man in the middle? Why not a person in the middle? I think with regards to race, gender, ability, and the like, we can do a better job. And this has received a lot of support throughout the organization.

Shaka: I think that's powerful and important that you pointed out even gender bias because many of those things play out in society. For example, I remember growing up and being out on the sports field and if you saw a young man who may not throw the ball with the same velocity as other young men, people said, “You throw like a girl.” But I have four sisters, so I thought, “You must not have seen my sister throw.” (laughs). But it’s important to keep in mind negative connotations attached to color and gender and sexuality. This brings me to my next question about inclusivity: what value does inclusivity add to a company?

David: I really think it drives two things. First, it builds a better community within the company culture that is going to allow everybody to be who they are without setting some groups ahead of other groups. Second, it's going to allow everybody to participate in proportion to their interest and their ability. There are many examples of things that are not done with malicious intent, but it's a part of our language. You still see a lot of people dial into a Zoom call and say, “Okay, guys…” But not everybody's a guy. Referring to everybody as a guy creates a dynamic where there are “guys” and then there are “others.”

But it's easy to say instead, “Okay, people…” or “Hey, folks…” or “Team…” Once you start to focus on finding ways to allow everybody to feel part of the team and culture, they feel like a recognized contributor without someone being viewed as other or secondary or distant. Once you start to do it, you find it doesn't require much effort.

Shaka: What advice would you have for somebody grappling with these shifts, these societal shifts, these language shifts on a personal level and on a company level?

David: Try and put your feet in the shoes of somebody else. Imagine the life, upbringing, and day-to-day experiences that somebody else has had. And then think about some of the things we say and do, what the impact is, how those people are going to feel when they hear, “Hey guys, let's get started with a meeting and let's blacklist the following….” My recommendation is take a moment to think about how the language and practices we use impact other parts of the team who did not grow up in the same way. Consider how other people are going to respond and react and feel to this language and behavior.

Shaka: What are some resources that could be helpful for leadership, colleagues, and people of color who may be grappling with some of these questions and new adjustments?

David: One of the hardest things for anybody is to understand the perspective, the experiences of others, and the way other people look at the world. What we all need to try to do--and it can be uncomfortable, awkward initially--is to try to generally ask the people we work with, “Well, how do you think about the world for any given issue, or what is your view and how is it you come to have that view?” Like anything else, there will be a transition period, but we're trying to focus on doing something new. After that initial investment of time, there will be a return on that investment. And we're only going to be better off as a result.

It can take a little bit of time to build bridges and walk the talk. But the more time we spend connecting with other people, we're all going to be more of a community going forward. It's not just language anymore. Diversity builds strength. I have seen from a lifetime of work within technology that a different set of perspectives and different views of how to approach a problem results in better solutions and outcomes.

Shaka: Well, David, it has been such a pleasure and a joy to sit here in conversation with you. Thank you.

Read more about Shaka Senghor in our recent Q&A with him.