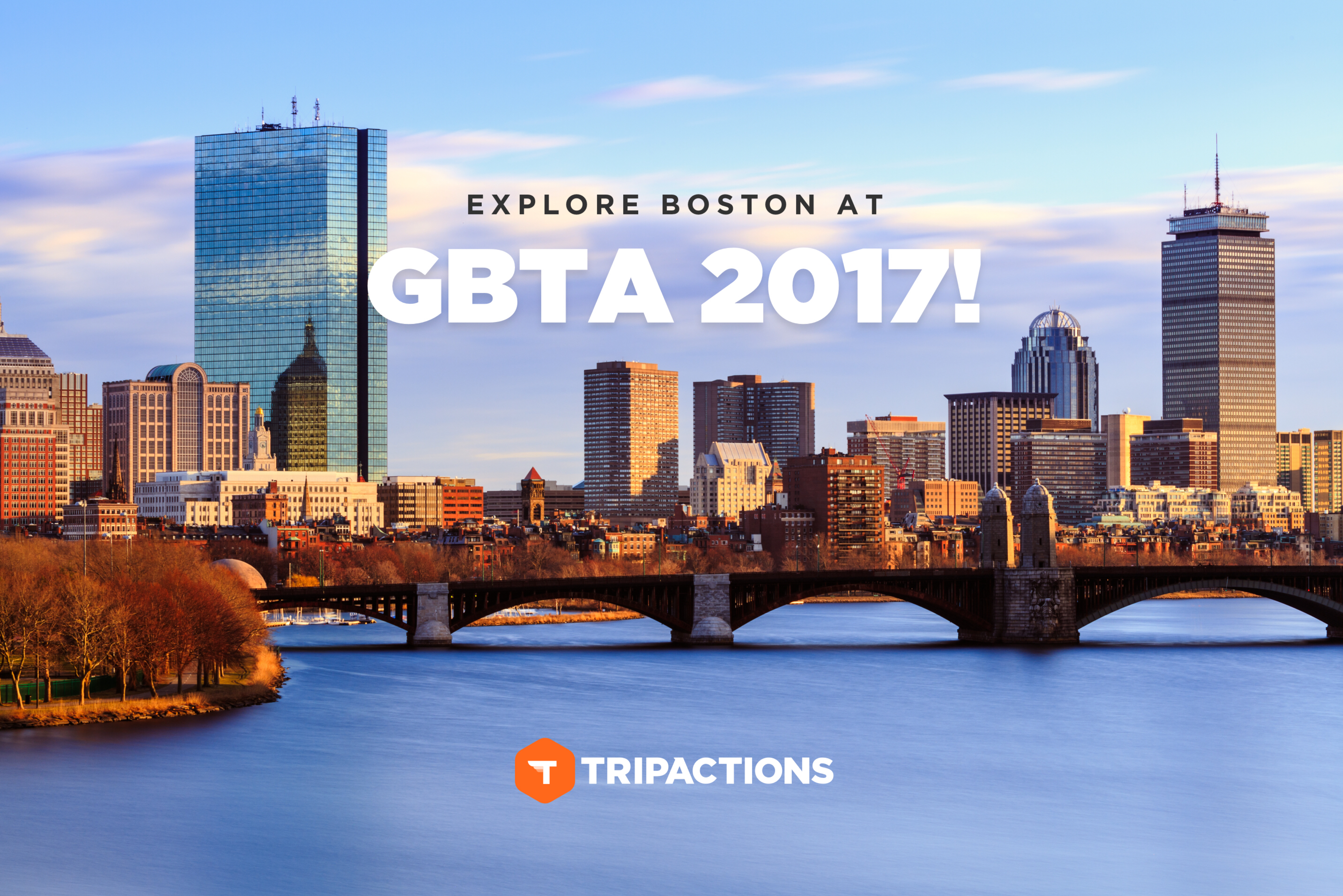 How to Explore Boston at GBTA Convention 2017

The TripActions Team
|
News
|
Return to blog
Share this article

GBTA has officially begun as one of the largest business travel events in the world! The TripActions team traveled to Boston, Massachusetts where the convention is underway through July 19th. There are incredible panels running such as the one our CEO and Co-founder participated in this morning (What Behavioral Economics Can Teach Us About Travel Management) and over 7,000 travel professionals to meet.

Beyond the excitement on the convention floor, Boston offers many landmarks and attractions for those that want to explore one of the most historical cities in America! Here are a few of the top places to visit in Boston.

Destinations furthest from the Boston Convention Center are listed first.

Since opening in 1912, Fenway Park has the home of the American League Boston Red Socks. The Red Socks are playing the Blue Jays at home this week so we recommend trying to catch a game at night to experience the iconic stadium that has hosted the World Series ten times. Look out for the park's 37'2" tall wall called the Green Monster!

This is a great spot to try the city's favorite foods like a fresh lobster roll, Fenway frank, or Boston creme pie!

This 2.5-mile-long path through downtown Boston passes by at least 16 locations that are significant to the history of the United States. If you need a break from the event, the Freedom Trail is perfect for that early morning run or nighttime stroll.

Directions to the Freedom Trail

Still standing today, this building was the colonial home of American patriot Paul Revere during the American Revolution back in 1680. There is a small admission fee to enter the the oldest house in Boston.

Directions to The Paul Revere House

This historic event in which British soldiers shot and killed people while under attack by a mob in 1770 is marked by a ring of stones on the ground. You can also pass the location if you take the Freedom Trail.

Directions to the Boston Massacre Site

Boston is home to many of the oldest attractions in the United States. The city's central public park sits right in downtown, dating back to 1634 and titled the oldest city park in the country. Boston Common is another great place to exercise or take a break from networking.

Conveniently next to the Boston Common, the Public Garden has the first botanical garden in the United States and offers incredible views of nature.

Directions to the Boston Public Garden

Did you miss our CEO and Co-founder, Ariel Cohen on today’s panel discussing the next evolution in travel management? There’s still time to meet Ariel, our CTO and Co-founder Ilan Twig and COO Nancy Atkinson. To schedule a one-to-one meeting with our team contact us today!