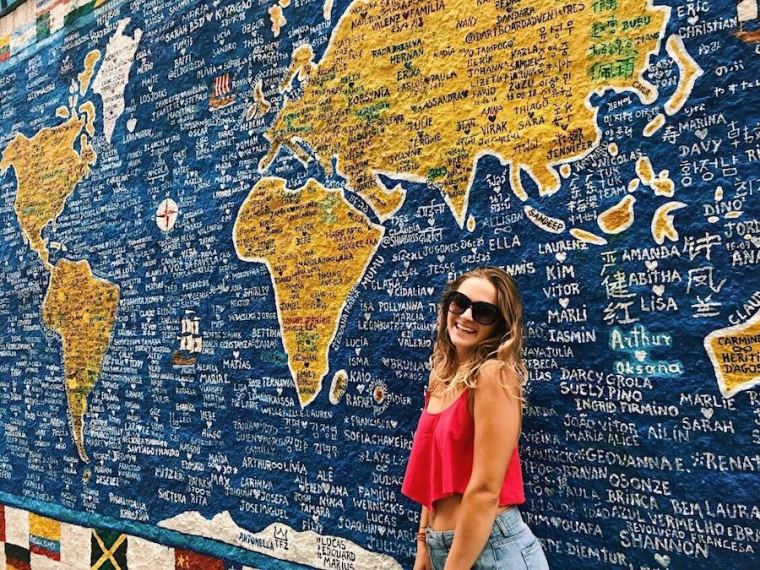 Agi Radziuk is a Customer Support Team Lead at TripActions, but Agi began her time at TripActions nearly two years ago - when the company was getting started in EMEA - as a travel agent.

Agi was in the role for just a few months when she was asked to join a new specialized group focused on research and resolution. The team worked on different projects such as rewards redemptions, relocations, reconciliations and billback as they transitioned from manual to automated tasks. The team started with just three people, but has since grown to include employees in Dallas and Amsterdam. Agi was the most senior member of that team before becoming a team leader among TripActions team of in-house travel agents.

“I really missed the contact with our customers. My experience on the research team provided me so much more knowledge about the product. We received feedback and insights from a lot of different departments and worked closely with the customer success team as well. I learned a lot. It’s great to now work with our agents again and share that knowledge with colleagues so they can best support our travelers,” explains Agi.

The Journey to TripActions

Originally from Poland, Agi is a frequent traveler who has visited more than 43 countries. From long weekends visiting new cities around Europe to several longer trips in different regions around the world, travel is a part of Agi’s personal and professional life. But she actually started her career in tech.

Agi began her career working in customer service at Netflix where she first heard about a small startup coming to Europe named TripActions. She then followed her passion for travel to a legacy TMC where she gained more experience in the corporate travel space. Again, she saw people leaving her current employer for a company called TripActions. Agi started to meet with her old colleagues and learn about the company’s new approach to an old problem.

“Netflix was a great opportunity to gain knowledge from the customer perspective. I had a travel and tourism degree, but learned more about corporate travel programs and industry knowledge in general at the TMC. But I was really frustrated with how they worked. It was very old school and the team had been doing the same thing for 20 years. I didn’t fit in there,” Agi explains.

“It was really different to communicate with customers. Everything was via phone calls and we didn’t even have access to email. They were using the same system that they used in the 90s,” she says.

One of the biggest differentiators between TripActions and her previous employer was their approach and understanding of modern 24/7 365 travel agent support.

TripActions takes a different approach to support. The TripActions engineering team built TravelXen - a highly efficient proprietary tool that allows travel agents to deliver a personalized experience at scale. It puts all possible information that a global travel agent might need—in context—to be able to best support and take care of the traveler as fast as possible.

With TravelXen, TripActions travel agents respond to customer requests, on average, in 60 seconds or less, engaging with them on the customer’s preferred mode of communication, be it chat, email, phone, or a combination of all three. TravelXen empowers TripActions travel agents to automatically change flights or cancel flights right within TravelXen instead of spending 15 minutes in a GDS [global distribution system] looking for the right results to change a flight.

In addition to superior technology and a deeper understanding of what today’s business traveler needs from support, Agi also felt that she played a role in crafting the future at TripActions.

As part of the travel agent team, Agi shares feedback with engineers about which tools, features and functionalities would make TravelXen even more effective. It’s this culture of feedback that Agi ultimately cherishes the most. Of the six TripActions values, “Just say it,” resonates deeply with her experiences.

“The company is open to feedback and always listens. Everybody has a voice here,” says Agi.

Agi also found a true sense of community when she joined TripActions. She describes the travel agents as a very close team who used to meet after work once a week for an activity outside of the office. Since COVID, the team has continued to communicate online and started meeting for socially-distanced picnics once allowed.

“It really feels more like a group of good friends. You actually want to go to work — not only because of the work but also the people,” she says of the Amsterdam travel agent team.

Based on her experiences inside legacy TMCs and as a traveler around the world, she knows that she’s in the right place when it comes to forging the future of travel.

“From all of my experiences, I can confidently say that TripActions is modeling the future of travel agents and the support that business travelers need and deserve.”