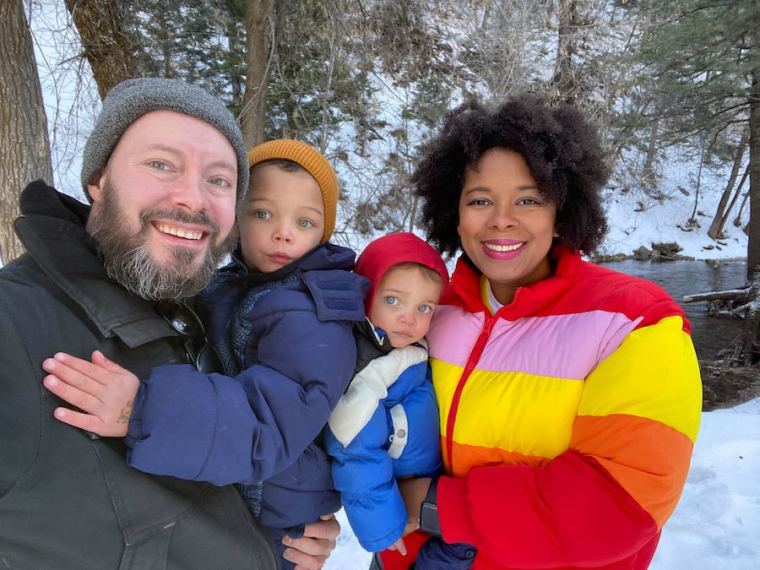 Welcome to The Talent Spotlight Series, where we chat with our global team members about the careers that led them to TripActions, what their roles look like, why they believe in their teams, and even their favorite travel memory. The participants were selected by their peers for the incredible work, team spirit, and how they embody TripActions values. Read more from the series.

How does one come to such a role? As Whitnee explains it, “My career has been anything but linear. There’s no way that I could have imagined the career that I’ve had and, at the same time, I’m so thrilled with it. It’s always been about going after interesting work versus a title or industry.”

Whitnee started her career in advertising at HBO, but she realized that her colleagues enjoyed it so much that they never left or moved forward in their careers. She knew that she wanted to enter a graduate program, but she first needed to gain quantitative and analytical skills. Whitnee took a role at E-Trade, where she helped open more than a dozen branches around the country. She was finally ready to invest in graduate school with her sights on becoming a brand manager. It was at a job fair for summer internships that the travel industry first popped on her radar. She met with an American Airlines representative who later reached out with an offer. What sealed the deal, however, was the discounted first-class tickets.

Whitnee loved her experience at American Airlines. She felt like she made a difference, enjoyed the work, and found a great team. She entered their rotational MBA program, in which she was able to do one job for one to two years before moving onto a new role.

“I found it fascinating how complex airlines are— a microcosm of so many different industries,” explains Whitnee. She went on to several different roles, from managing a CEX team tasked with building the airport of the future to traveling around the world weekly as a manager for the Oneworld alliance.

“It was three days in Sydney, two days in Tokyo, one day in Malaysia, then fly to Singapore for two days and Bangkok for two more before flying home. Then I had a special project in Brazil, so I’d fly down to Sao Paulo for two or three days before coming back to New York for a week. It was an intense year but it was amazing. My focus was how all these different carriers, with their own cultures and ideas, could align around a top-tier customer experience.”

Ready for something new, Whitnee then moved to JetBlue just as they were onboarding a new co-brand credit card for their loyalty program, before taking another sidestep into Wall Street consulting and back to JetBlue. It was during this stint at JetBlue that the VP role for customer support came up.

Whitnee saw an opportunity to not only improve customer support but bring IT into the discussion. She saw how support was going digital and the giant opportunity there was for getting chat and email right. Then the pandemic happened.

A New Start at TripActions

Whitnee is excited about the intersection of technology and human support that defines TripActions customer support.

“The focus on agents here is amazing. It’s not just a cost center. Our travel agents are the face of TripActions for our customers. They’re the ones really supporting customers in their time of need. TripActions recognizes that and is willing to invest in its people, in addition to awesome technology,” says Whitnee. “Great technology empowers our agents to focus and better support customers.”

Whitnee never doubted the resiliency of the travel industry throughout the pandemic and is excited to now be a part of the team defining the industry’s future.

“A couple aspects of the culture at TripActions really stand out to me. There’s a focus on the user—whether that’s an employee or customer. There’s also an ability to have transparent discussions with everyone focused on the same goal. We don’t have to have the same opinion, but we’re able to actually talk about it.”