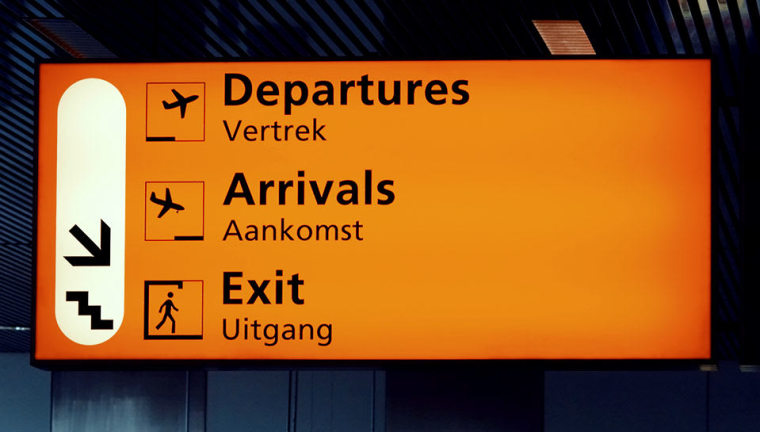 How Flying in Europe Is Different Than in the U.S.

As TripActions grows throughout Europe, it’s been exciting to bring our traveler-first vision to enterprises and their employees all over the world. We love to chat about the nuanced differences between flying through Schipol versus San Francisco, but the rules and best practices go deeper than how far an hour flight will take you.

He wasn’t aware that travelers must drop checked bags an hour before departure instead of the 45-minute cut-off for short-haul flights typical in the U.S. As the conversation continued, their surprise at the slight but significant differences in travel in the E.U. versus U.S. became clear.

Here are the TripActions Europe team’s recommendations on what to keep in mind when flying in Europe versus the United States:

Plan Ahead to Pay Less

American business travelers are accustomed to tough luggage restrictions. Checked luggage is a forgotten luxury as most travelers prefer to carry on than incur checked bag fees. However, having to pay extra to check a bag is a fairly new move in the European skies — and one that many are still getting used to.

Being prepared matters. For most national carriers in Europe, travelers can tick a box during booking in order to check a small 23 kg (or 50 lb) bag which is much more affordable than paying at the airport.

Keep in mind this tip doesn’t work for low cost carriers, which typically charge for anything outside of a single personal item in their most basic fares. Yes, you really have to pay for anything more than your handbag.

Fees are never fun, but clarity can make them manageable. Domestic U.S. carriers state their change fees front and center. Most domestic carriers will charge $200 plus the fare difference for a domestic route; fees may be greater for international routes.

This rule book is thrown out the window in Europe. For example, some airlines’ most restrictive fares are non-changeable and non-refundable. There are economy fares that can be changed for a fee or premium economy fares tht include one free change. It takes a keen eye to spot the specific booking class — something our TripActions support team is asked about daily.

Another difference between U.S. and European carriers is the option to “bank credits.” If that cross-country meeting gets cancelled at the last minute, and you have no other trips planned, you can cancel the flight and keep the residual value of the ticket “banked” for use within one year of the ticketed date.

European carriers tend to be far stricter. You must re-ticket the flight before the original flight departs or the entire booking is cancelled and non-refundable. The option to store fares for later is far less common.

While we’re not ones to compare or complain, the European team pointed out another space where U.S. carriers seemed to provide deeper value to customers. Immediate cancellations, or voids, are one of the most helpful tools when frequently booking travel.

While major airlines allow voids in the states and Europe, U.S. carriers allow passengers to change their mind within 24 hours on weekdays and even longer on the weekend. Passengers can book a ticket on Friday and cancel it on Monday without penalty. In contrast, European carriers only allow penalty-free cancellations until 11:59 pm on the same day of ticketing, including weekends.

Europe also has more low cost carriers, which technically allow voids but include an admin fee that usually far exceeds the cost of the original ticket.

Our global and growing team is always sharing new perspectives and ways of thinking with colleagues. This is what we’re all about — the human connections made possible at the end of every flight.

TripActions is rapidly expanding and hiring across Europe and Australia. Join our team in building the world-class corporate booking solution of the future.