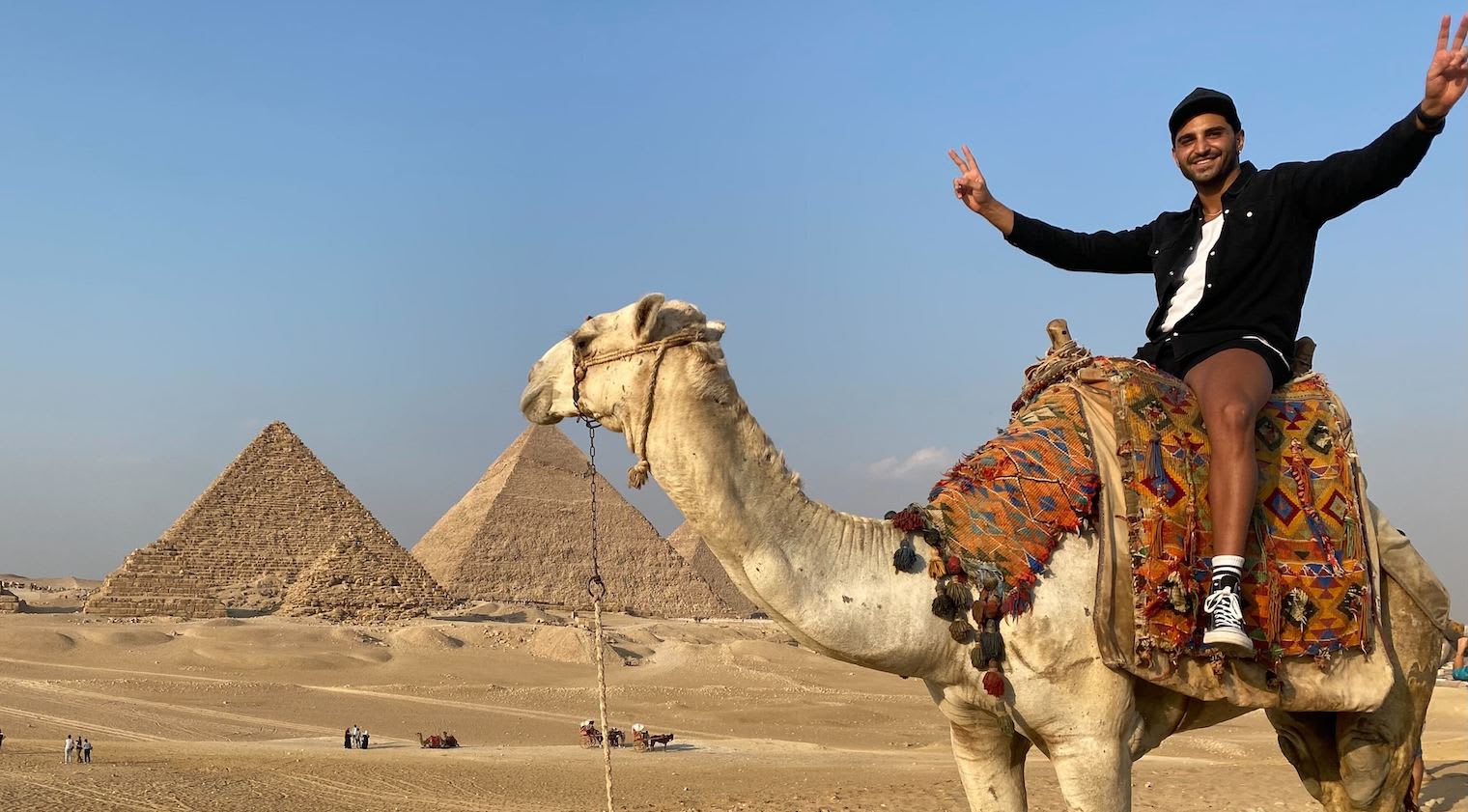 Talent Spotlight: For Jax Sassine, Work and Play Are All About Travel

Jax Sassine has a passion for exploring and living in new places, and TripActions has allowed him to grow his career while living in London, Amsterdam, and Lisbon.

Originally from Australia, Sassine "grew up watching National Geographic and was always very curious about life outside Sydney," he said. "Growing up in a diverse country like Australia, I was exposed to many cultures, foods, and customs from a young age."

When he was 17, Sassine took his first vacation to the Middle East with his father. From there, he began exploring at least one new destination each year.

"The more I explored, the more travel became my passion and a part of my lifestyle," he said. "Once I had seen most of the countries neighboring Australia, I knew it was time to cross the pond and explore life in the Northern Hemisphere, and that's when I moved to London."

Now TripActions’ Senior Manager of Travel Experience, Sassine had already begun his career as a travel agent before moving to the United Kingdom. "It's common for an Australian to go to the UK for two years," he explained. "Usually, people work in a pub or a bar or that kind of work, but I was a travel agent."

Today, Sassine has been working in the travel industry for nearly a decade. He joined TripActions in August 2018, and he said that what sets the company apart is its innovative technology. Before joining, he worked at a traditional, face-to-face travel agency where people would book their vacations in person at his office. He immediately saw how TripActions changed the game and decided to come along for the ride.

"I can honestly tell you: Anyone that sees TripActions says there's nothing like this in the industry," he said.

Sassine would know. For him, both work and play are all about travel. He’s about to add Cape Verde as the 50th country to the list of places he's visited, a goal he set out to accomplish before turning 30 years old.

TripActions has also helped him realize his dream of living abroad. He started his career with TripActions in London as a senior travel consultant, then was offered relocation to Amsterdam as a team lead before being promoted to manager of travel experience. When his 2-year contract was coming to a close in Amsterdam, he was promoted to his current role and moved to Lisbon.

Lisbon is the new hub for TripActions' global Travel Experience agents, and Sassine has been integral to setting up the brand-new office. "My day consists of working closely with the vice president on strategy, liaising with other departments such as data and product, interviewing new candidates, and managing the team," he said.

As the team in Lisbon grows, Sassine has been happy to see its diversity expand as well.

"We have people of all ages, all nationalities, all experiences," he said. "I think we have someone from each region of the world in the office."