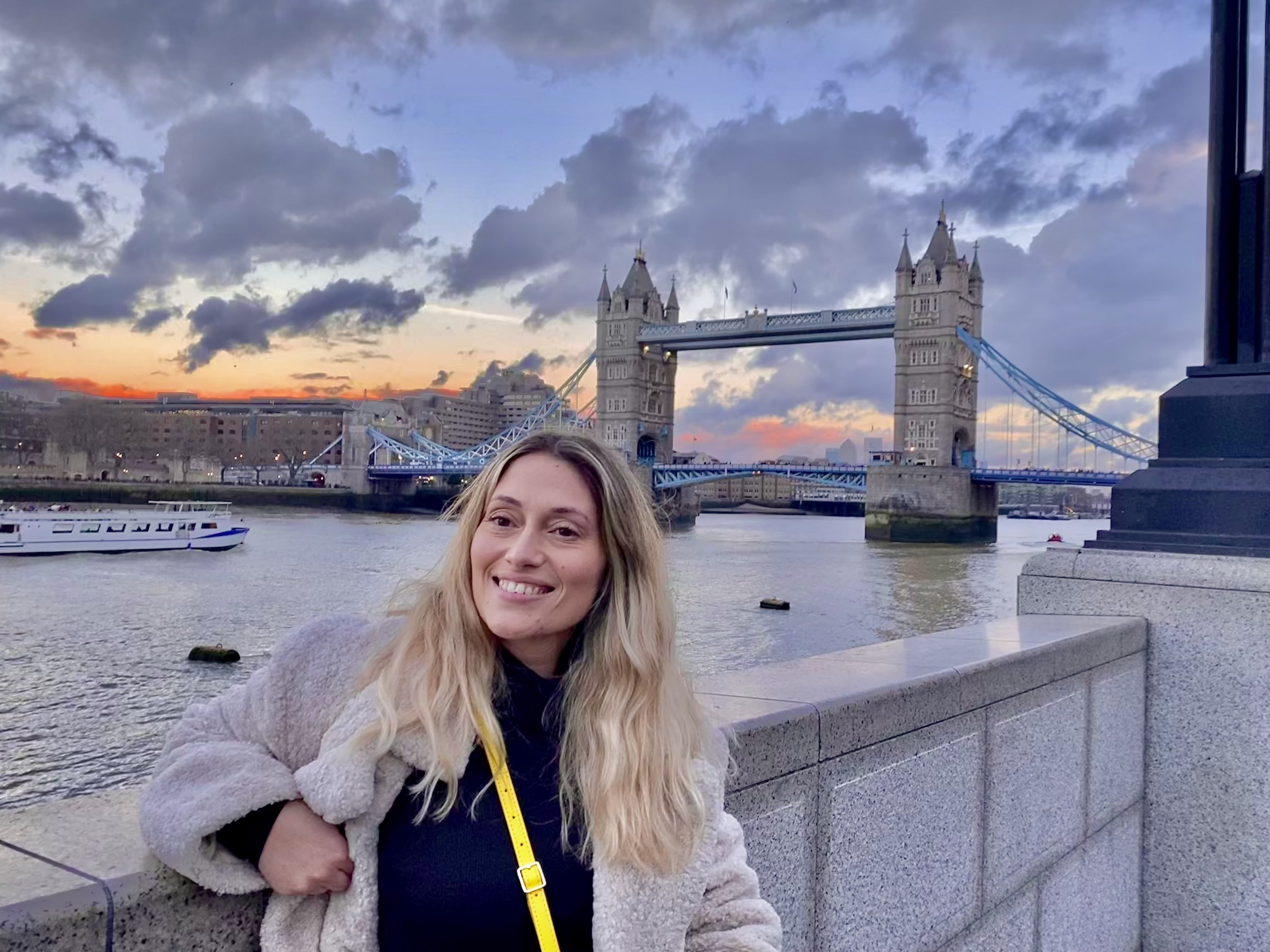 Travel Experience Lead Patrícia Ferreira wasn’t looking for a new job. She had spent nearly a decade working at a prestigious travel agency in Portugal and was settled into a career she enjoyed.

“I was comfortable where I was,” she explained. “I had my friends; I had my routine.”

But then she heard about a job opening at TripActions, and she decided to take a chance and apply. She instantly connected with her soon-to-be colleagues.

“From the first moment of the interview, I knew this was where I wanted to be,” Patrícia said. “Now I have new friends and an even better routine.”

Patrícia started at TripActions in January 2022 as a travel agent, and she was promoted after just six months. This rapid trajectory was new for Patrícia, who had never officially been promoted at her previous job even though the scope of her job had changed. “On paper, I was always a travel agent,” she explained.

In her new role at TripActions, Patrícia coaches and develops members of the Travel Experience team and supports them with any assistance they need. Through online chats, phone calls, and emails, the team solves any issues TripActions users encounter while planning or traveling.

The Travel Experience team in Lisbon is rapidly growing as it becomes the new hub for TripActions' global Travel Experience agents. Patrícia says they are looking for team players with positive attitudes that can remain calm under pressure.

“We are a new office, and that means part of my role is creating a new culture, bringing standards to the agents, and building something new,” she said.

Of the five TripActions values—Focus on the Users, Tech-Forward Solutions, Lead with Context, Communicate with Candor, and Raise the Bar—Patrícia said Lead with Context resonates with her most at this moment in time.

“Lead with Context means being clear, communicating effectively, and helping to educate the agents,” she said. "One of the things I love the most about this company is the transparency. Everybody is honest. We know what is happening within the company, whether it’s organizational updates or company performance."

She said that staying true to this value is essential for a fast-growing company. “Everything changes quickly, and it changes for the better,” Patrícia said.

Patrícia described the atmosphere at the office in Lisbon as welcoming and fun. “We go out after work. We look out for each other. We are always listening to music and singing,” she said. “There is lots of diversity at TripActions, and you can connect with different people personally and professionally.”

Outside work, Patrícia loves taking walks with her Staffordshire Bull Terrier, especially on the beach or along the Tagus River. She also enjoys traveling, especially to New York. “I would go there every year if I could,” she said.