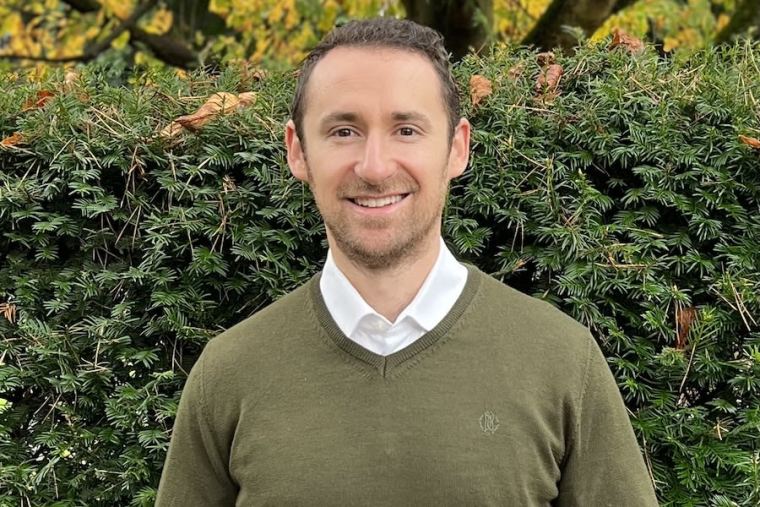 Welcome to The Flight Crew Series, where we sit down with our team members around the world to get to know them better. We talk about the careers that led them to TripActions, what their roles look like on a daily basis, why they believe in their teams, and even their favorite travel memory. Read more from the series here.

The TripActions team is excited today to welcome Ewgeni Hersonski as the new Vice President of Enterprise Sales in Germany, Austria, and Switzerland. Joining this autumn, Ewgeni — who is based in Frankfurt — has quickly got to work on his first order of business: recruiting and hiring a team of reps for the region as TripActions quickly expands across Europe.

Ewgeni is a true sales pro. He started his career in sales in the UK at BMC Software where he took part in an intense fast-track program for sales and account management. He quickly learned the ropes from the best of the best before joining the BMC German sales team in Frankfurt. Ewgeni had such success that he was soon managing their largest account, but he recognized that he was a hunter at heart and switched organizations to become a sales representative again.

“I need a very challenging environment where I can grow professionally and personally,” explains Ewgeni, who then joined MongoDB where TripActions CRO Carlos Delatorre was serving as CRO at the time. Ewgeni recalls it as one of the most valuable and rewarding times in his career as an individual contributor.

“I learned and crafted the art and science of sales at MongoDB,” says Ewgeni. After four profitable years, Ewgeni left MongoDB as one of the most tenured sales reps and joined a new company where he was responsible for building and running a new team in Germany. That’s when he was approached by TripActions.

In addition to looking forward to working with Carlos again, Ewgeni was intrigued by business travel’s comeback. He felt confident in his belief that businesses need in-person connections to thrive and that business travel would return. He was also particularly excited about bringing TripActions to Germany — a market where he has so much experience — in a more concentrated way.

“Germans love to travel and Germany is a nation that is very bullish on travel. From a business travel perspective, the landscape is dominated by very traditional and legacy players so the market is ripe for disruption as we speak,” explains Ewgeni. “I know that with the right people, we can create a very big opportunity here in Germany, Austria, and Switzerland.”

Finding a Team to Run With

The opportunity in Germany only grows when Ewgeni considers the culture that he’s found at TripActions.

“People are striving for excellence on a daily basis at TripActions. Everyone is pulling at the same level in order to achieve things across cross-functional teams,” says Ewgeni. “What I really like here is the candor of conversations. We call things out for what they are, either good or bad, and that helps us focus on the essentials of what’s needed in order to improve and get better.”

“What really strikes me about the culture at TripActions is that everyone wants to become uncommon in their own respected function. It is quite outstanding,” he says.

Ewgeni views the opportunity to work at TripActions early in one’s sales career as a path to putting one’s sales game not only on another level — but a different dimension.

“The techniques, tools, art, and scenes of sales are so different at TripActions that we’re really able to help elevate our team members while also having fun. There’s massive earning potential for top performing salespeople so it is naturally an environment for achievers who want to go far in their professional lives,” he explains.

Ewgeni is particularly passionate about diversity when it comes to building his sales teams. The TripActions sales team is global in every sense with employees from many different countries, speaking many different languages. But he’s especially interested in bringing more women into closing roles. Nearly half of TripActions SDRs are women — a unique statistic in a male-dominated role — so Ewgeni’s passions are perfectly aligned with TripActions hiring goals.