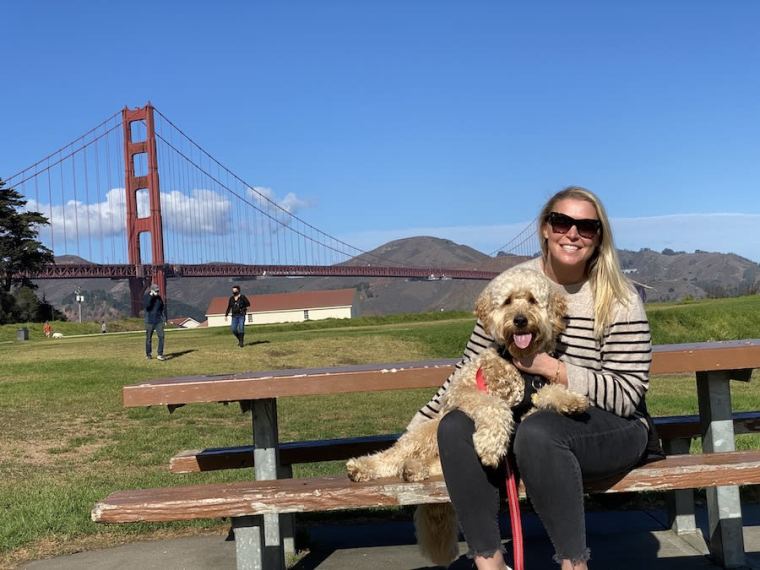 With 4+ Years at TripActions, Lizzie Rouleau Is Just Getting Started

Welcome to The Flight Crew Series, where we sit down with our team members around the world to get to know them better. We talk about the careers that led them to TripActions, what their roles look like on a daily basis, why they believe in their teams, and even their favorite travel memories. The participants were selected by their peers for their incredible work, team spirit, and how they embody TripActions’ values. Read more from the series here.

Lizzie Rouleau is the Senior Director of Sales for TripActions Liquid and a veteran team member who joined nearly five years ago, when there were just 15 people in the company. She met with TripActions co-founders Ilan and Ariel on her first day of interviews and was as sold on the leaders as on the product itself.

“I remember walking out of the interview thinking, 'I have to work here.' Ariel and Ilan were so passionate and asked about my visions and goals for the future,” she explains.

Today, Lizzie is a leader throughout the organization and navigating new waters as the company grows into the finance vertical. In many ways, her experiences today remind her of when she began.

Looking Back on 4+ Years of TripActions Growth

Although Lizzie was a Director of Sales at her previous company, she started at TripActions as an account executive (AE), excited to get back into the thick of selling to really learn the industry and product.

“It was fun, and it correlates to what we’re going through today with Liquid, figuring out our sales process and go-to-market strategy. It was a powerful experience to start at TripActions as an AE because I really got to learn the ins and outs of the product,” she explains.

Lizzie was critical in bringing on some of TripActions’ first enterprise clients and was there when the company opened its second office in San Francisco. She started managing mid-market representatives in San Francisco, until one day she received a call about TripActions opening an office in New York.

“New York was always a dream to me,” says Lizzie who took less than 24 hours to decide to move to New York to open the TripActions office and build the team there. Alongside Tyler John and Matthew Shephard-Lupo, Lizzie built the New York office into one of the company’s most powerful sales teams, which is also known company-wide for its incredible culture.

In building out the New York team and culture, Lizzie leaned on the TripActions values.

“We had to raise the bar in a lot of ways. We were breaking the mold and had to hire fast. It was also important to communicate with candor. When you’re growing an organization, you have to make sure that you’re aligned with the other departments. We had to be really open with one another,” explains Lizzie.

“One thing that we did that we always say was the strength of New York was to have very collaborative meetings with the managers where we were very transparent about what was going on in the organization and where changes had to be made.”

Having served on the front lines, Lizzie was ready when the opportunity came to lead Liquid. As the first frontline sales manager leading a team of six AEs, Lizzie now plays an integral role in building out the sales and go-to-market strategy.

“The reason I’m so excited is that my career has always been about growing small startups. Now I get to do that again, but within a really amazing company,” she says.

Lizzie has always seen the vision for TripActions as the end-to-end T&E solution, and even spoke about it when selling to some of the company’s first customers four years ago. Today, she gets to go back and show them that the team has built the end-to-end solution they’ve been asking for.

“The wave that we hit in travel was remarkable, because we put out a solution that was unlike anything else that had ever been built. It was user-friendly and all about the user and, in turn, it helped save money so the finance team was really happy. I thought, ‘This is it. This is going to take us everywhere.’ Until, that is, I saw the success we’ve had on the expense side in the last few months. We needed this whole solution and you can really see the magic now that we're literally turning an entire industry on its head. People have so many pains with expenses and reconciliation, so it’s been magic to see how this end-to-end solution really is going to change this industry.”

Lizzie’s alignment with TripActions has only grown in the past year as the company scales, and she credits the company’s leadership with taking care of employees and the business throughout the storm, helping to produce a product that’s stronger on the other side.