Based in Austin, RetailMeNot is a savings destination that puts deals, discounts and cash back offers at the fingertips of on-the-go shoppers to save them money if they’re shopping in store or online. RetailMeNot provides deals for over 60,000 of your favorite brands, retailers and restaurants like Macy’s, Best Buy, Nike and Overstock. RetailMeNot implemented TripActions to deliver more flexible and comprehensive booking options paired with 24/7 365 travel agent support for executives and their on-call EAs. TripActions increased their visibility into travel safety and expenditures while saving the organization money on travel, all within an easy-to-use, one-stop-shop system. 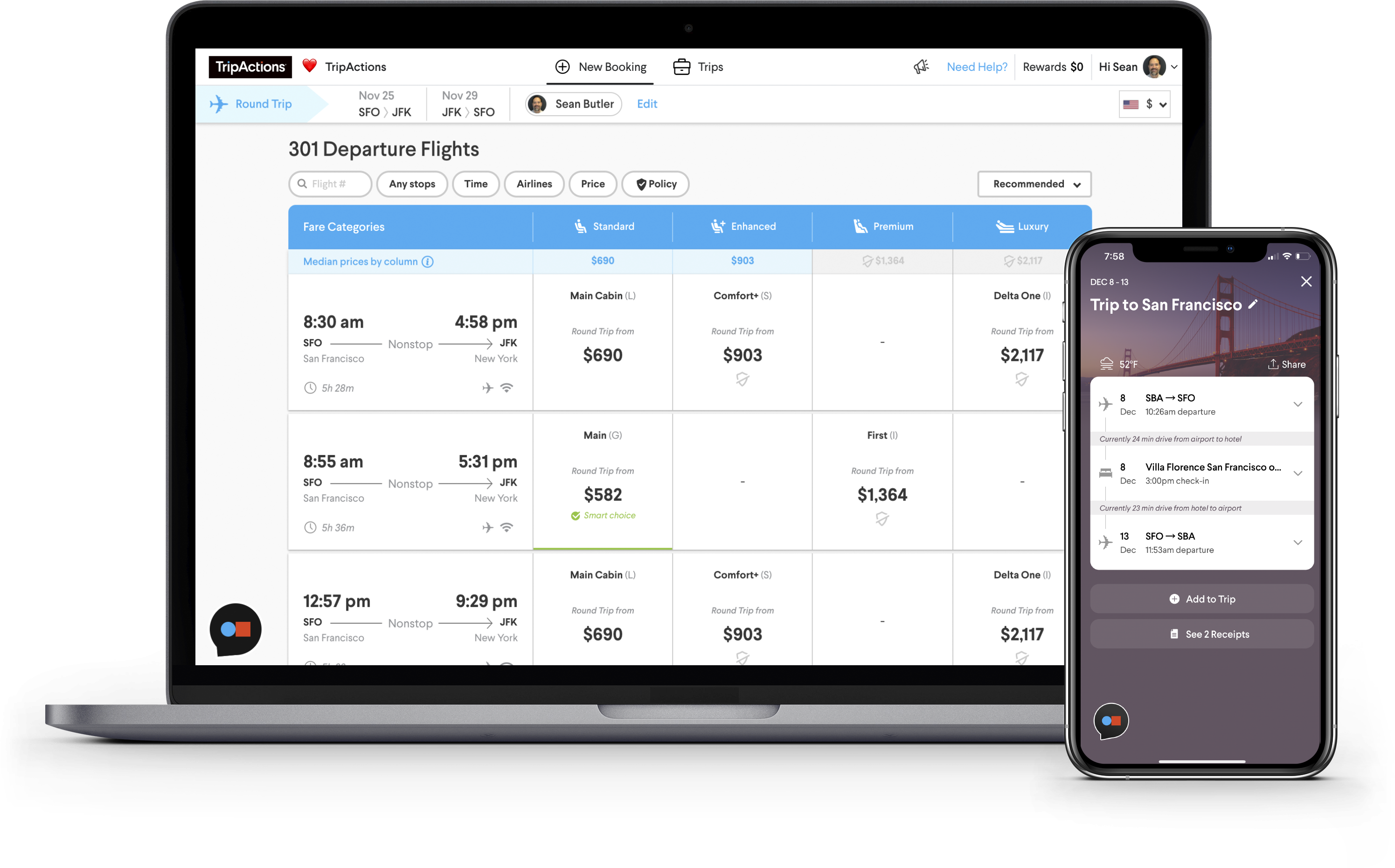 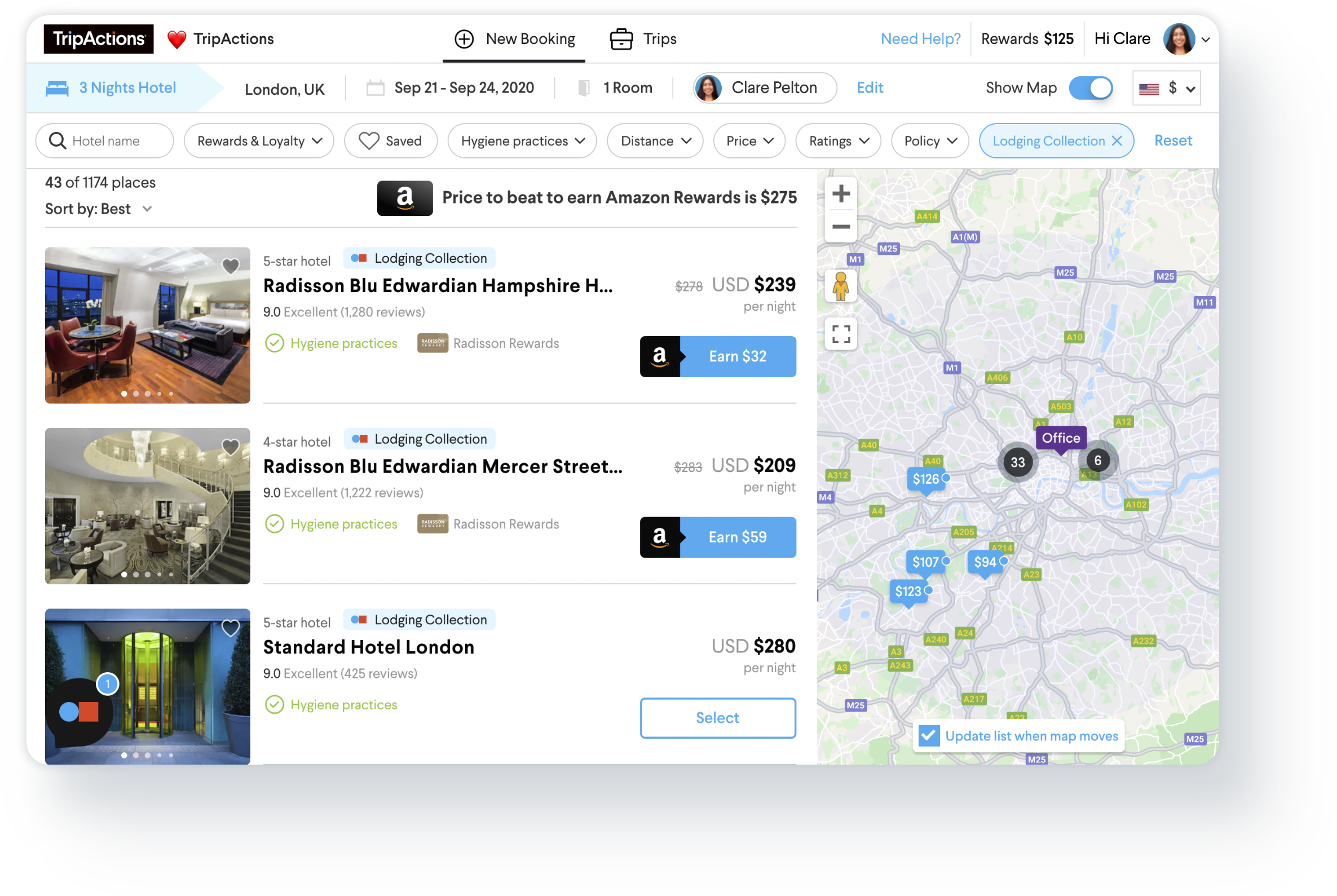 RetailMeNot’s executive assistants were consistently on call to support the travel schedules of the company’s on-the-go executives. Faced with the competing priorities of day-to-day project support and ever-changing travel needs, RetailMeNot searched for a managed travel solution to bring ease and flexibility to its bookings. Mary Elise Maurice, Manager of Executive Assistants at RetailMeNot explained: “The online tool of our previous travel management company (TMC) was inflexible and difficult to use. We’re an online company so forward-thinking, user-first technology is important to us.”

With EAs sitting on hold with their TMC for close to an hour to make simple itinerary changes and waiting several days for basic reports, RetailMeNot knew it was time for a change. “The EAs really needed access to support and the executives needed ease of booking,” Maurice said. “We listened to the issues people had to see if we could come up with a better, easier system that was also more cost-efficient.” 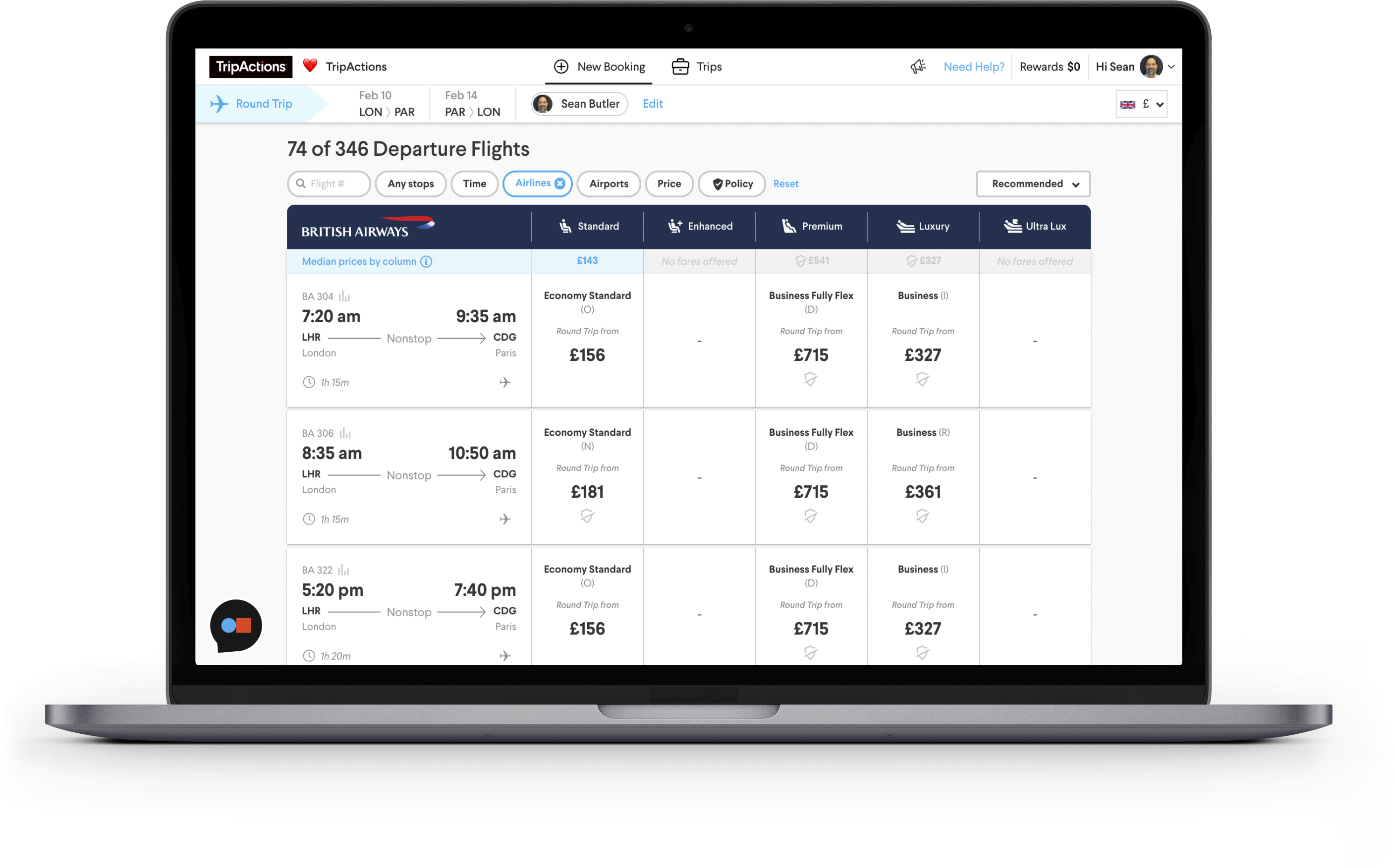 Working Around the Previous TMC

RetailMeNot’s previous TMC failed to create itineraries that both satisfied the employees’ travel needs and delivered travel cost savings to the company, so employees often skirted the system in favor of the familiar. They booked travel on web sites and apps to which they were accustomed instead of working within the company-wide system. “A lot of people were completely outside the system because they didn’t like using it,” Maurice said. “People were booking all over the place.”

Upon making the switch to TripActions, RetailMeNot employees stopped using other travel websites and apps. “The road warriors were all open to something different because they were tired of the old system,” Maurice said. “Having everything in one place is a huge deal for them. It was a game changer.”

Because RetailMeNot’s employees were working outside the previous TMC, the company didn’t have consistent visibility into the who, where, and why of employee travel. “We saw that people were traveling even though they weren’t supposed to,” Maurice said. Since duty of care is more important than ever, the TripActions Live Traveler Map played a key role in timely personnel tracking. “Our CEO needed to know where someone was, and was really impressed that I could just pull up that information,” Maurice said.

The RetailMeNot finance team has used TripActions to obtain data without lag time. “Previously we had to request reports. It would take up to five days to receive them. Sometimes our account manager wouldn’t respond to me for three or four days. Being able to go online and view the TripActions Admin Dashboard has been great for our finance folks. They love it,” Maurice said.

“Everybody has had nothing but good things to say about TripActions. It’s easy, fast, and helpful.”
Mary Elise Maurice, Manager of Executive Assistants, RetailMeNot 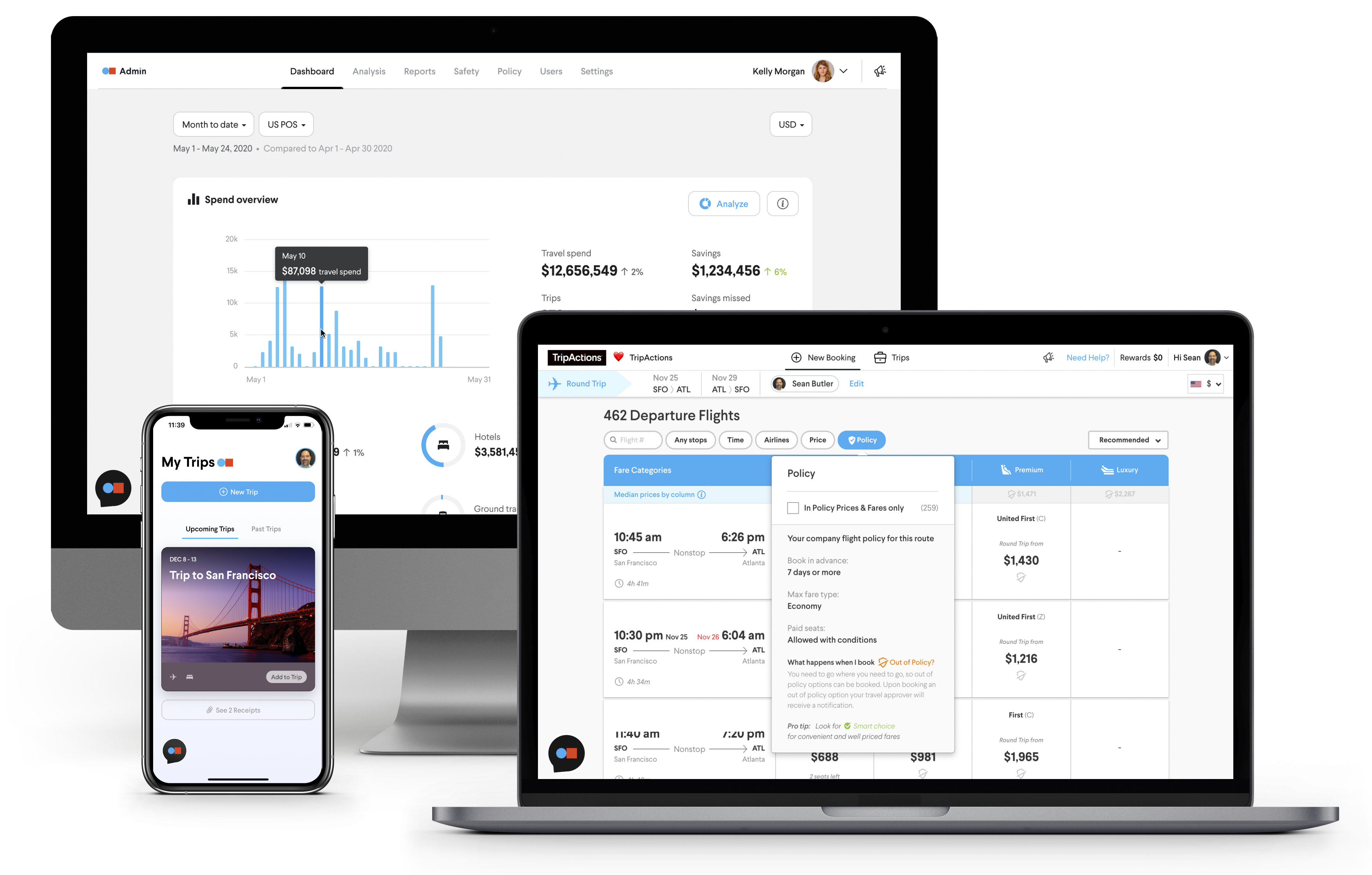 With customers all over the country and travel being a huge lever of growth, RetailMeNot had no time for a laborious TMC implementation process. At just six weeks from start to finish, the implementation was much faster than anticipated. Maurice lauded the TripActions customer success manager as hands-on and helpful: “She walked us through everything. I was kind of dreading our launch day because I didn’t really know how our team was going to react. It went really smoothly,” Maurice said.

Seamless support at implementation and beyond has opened up time for Maurice and the EAs she manages. “After-hours support was so important to me. I’ve been on the phone at midnight while my CEO is riding in a cab in New York because all flights are cancelled and I need to find her a hotel.” Maurice said. 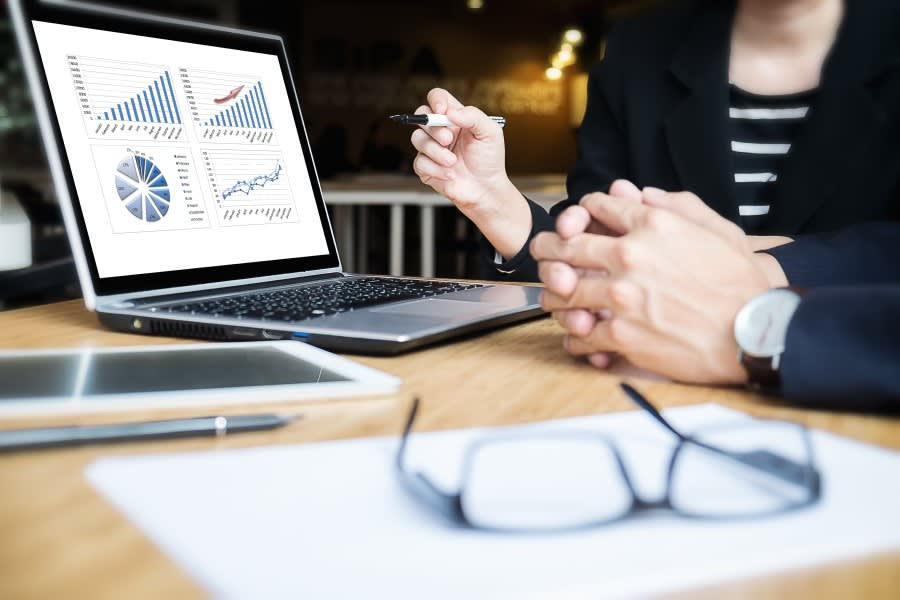 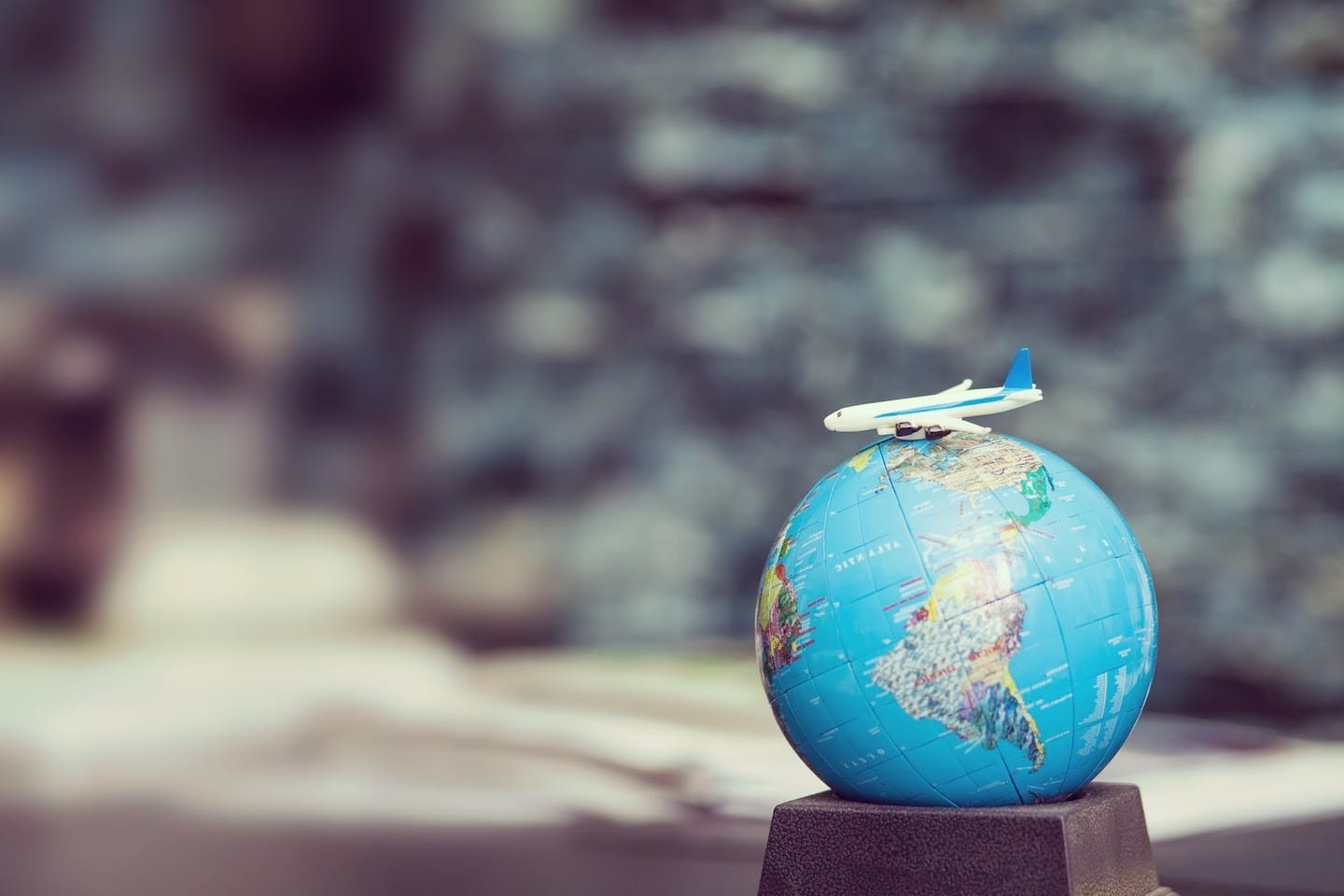 The New Realities of Business Travel

See why more than 8,800 customers choose TripActions to modernize their Travel and Expense program.